My life is it five years already?

Update 31st Jan...  Here are a couple of moments of John's brilliance...


Now... same tune but with a couple of additional instruments including my recording début
with the mandolin!

What a book.  I saw an interview with Michael Pennington aka Johnny Vegas on the TV a while back talking about this book.  So Michael was born in St Helens to devout Catholic parents.  At 11 he left home to go off to a seminary to train to be a priest.  In less than 2 years he was back in St Helens trying to shake off the trauma of his experiences there.  He ended up studying ceramics down in London where Johnny first made his presence felt and Michael got a small reputation as a radical stand up comic.  On returning to St Helens he worked mostly as a barman in a pub where frankly his descriptions of the afternoon regulars was frighteningly close to myself and others I spent many years in drunken solace with.  Slowly Johnny took over more and a burgeoning stand up career was started.

The book takes us up to the point where Michael loses out and Johnny takes over completely.  It is a fascinating read.  I'll not get into any form of diagnosis but clearly Michael believes Johnny to be this separate alter ego personality that really does exist alongside his own persona.  Some of the reading is quiet difficult, he describes almost being this complete bystander watching the chaos Johnny is reeking about him and you really want to jump in and help him disengage from it all.

The chapter entitles "Amos 3.3. - "Do Two walk together, unless they have agreed to meet?" is frankly one of the most startling account of what it is like for an alcoholic to come out of a blackout.  At the Edinburgh festival Johnny has really gone all out in his drinking one night. He is woken by a mother and child stepping over him on the pavement.  If you want to appreciate the pain of being a drunk read that chapter if you can find the book somewhere - my fear of being back there again is such that I had to pause reading it thinking "My God, I could so easily be that person and feel that pain".

Another bit I highlighted in my copy was where he is talking about how he felt he was treated by the priests at the seminary - that they were trying to beat him into total submission rather than nurturing the inner spirit that had been his calling to the priesthood.  So he is talking about the soul and how it is so difficult to kill...   "Try drowning it out with Guinness, I dare you.  It floats."   Oh yes I know that - 25 years I poured tanker load after tanker load of the black stuff down my throat with exactly that purpose.  The reason I finally got sober was that it did however sodden and battered always come back bobbing up to the surface.

Not a light-hearted read - indeed cringing painful at times but with some laughs in it as you can't keep his humour out of it.  I give it a recommendation but if you are of a nervous disposition I'd avoid it... scarier than Stephen King, esp since it is real life.
Posted by Furtheron at 10:43 1 comment:

Yes the BBC answer to X-factor is back (oh sorry, no it is soooo different ;-).

Anyway this year I have more interest than normally...

I refer you all to this little post from Dec 2011 ...  Yes remember I spotted him long before Kylie etc.
Posted by Furtheron at 11:12 1 comment:

Email ThisBlogThis!Share to TwitterShare to FacebookShare to Pinterest
Labels: Jamie Johnson, The Voice

I met him once at a guitar show in London, in the 90s sometime.  It is a bit blurry, it was in the drinking days and a day in London at a show meant getting up to there as the doors open, finding the bar as soon as it opened and then doing a sequence something like, go to stand, back to bar for beer, go to demo, back to stand for beer, go to masterclass, leave early, go back to bar... ad infinitum.  Anyway somewhere late in the day when I'd vowed to not return to the bar I watched him demoing something on a stand.  He was just brilliant and we had a great chat.

Here he is totally ripping up the old Miles Davis classic that was his theme tune.

Posted by Furtheron at 09:20 No comments:

The darling Mrs F bought me this mandolin for Christmas - I'm slowly learning chords etc.  It is only a cheap beginner instrument but really happy with the sound it makes - much louder than I was expecting, it'll hold it's own easily with a guitar being strummed quiet hard. 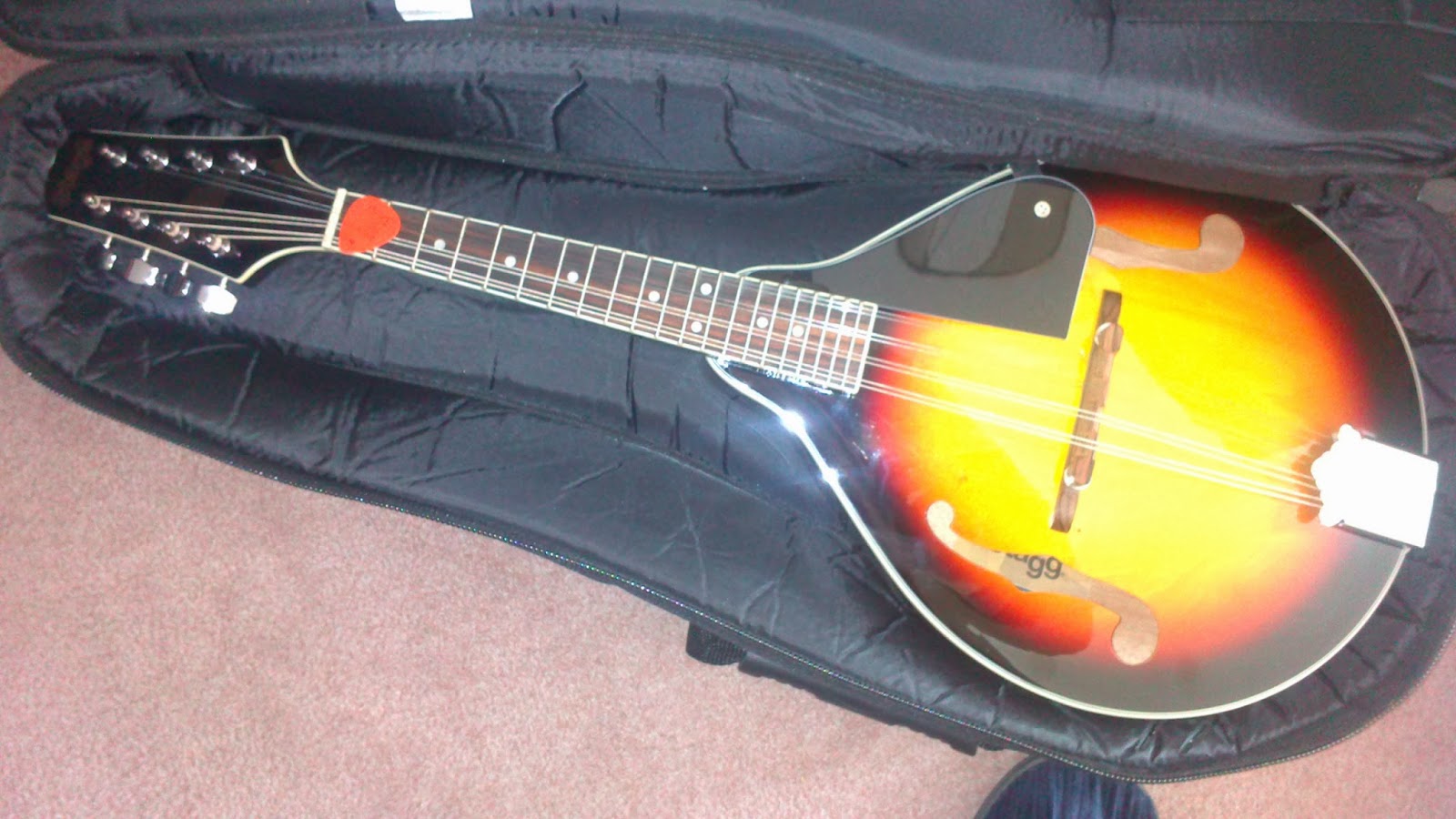 Expect to hear it on some recordings soon!

Oh big thanks to those that helped on the Charity Single btw.  I've raised £170 so far.  It is still open for a few more days if you want to buy early for next year!
Posted by Furtheron at 09:33 5 comments: